We went a little crazy and got Political

On Monday, we took a chance.

We took a chance at bringing political discussions into the Not So Fast Campaign. If you follow me (Linz) on my personal Twitter account, you know that I am often vocal about these things. I have tried to keep it separate from NSFC. Bailey and I work very hard to ensure all of the information we provide is not sensational. After all, Media Literacy is not a partisan issue. 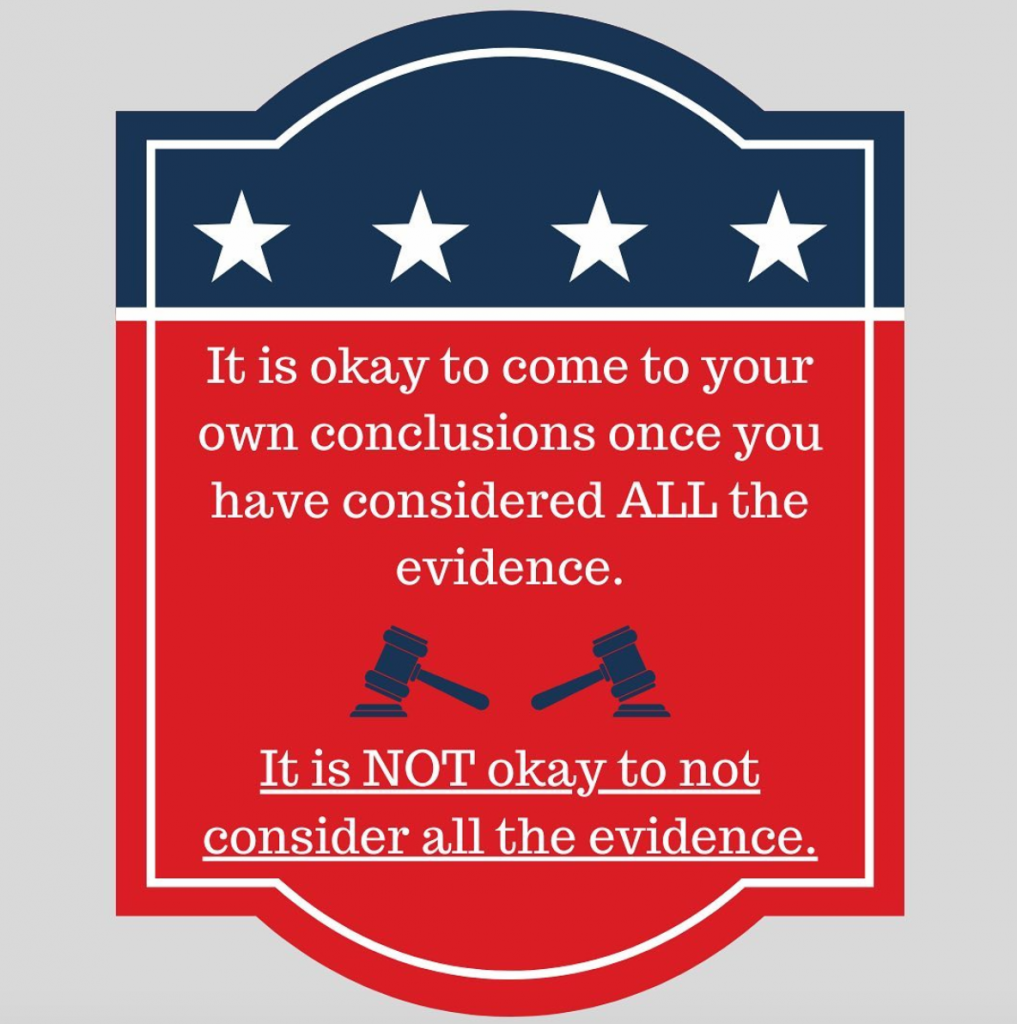 We have made it a point to let you know that we will never tell you *what* to think. That would go against our mission. Our goal is to provide you with the tools necessary to make informed decisions. Just because I am choosing to vote Democratic in this election does not mean that our Media Literacy lessons do not apply to all ideologies. Our lessons go far past politics. It’s just that right now; political discussions seem to be at the forefront of people’s minds—that’s where the examples are.

We wanted to start a conversation…

On Monday, the day of the Iowa Caucuses, we took a chance and started a political discussion around Democratic candidates. If you are well versed in social media, you know that these discussions can get heated. Even within the Democratic party. Up until this point, all I saw was in-fighting between people who don’t support the same candidates. There was no room for discussion of ideas, or a safe place for people to talk about why they liked a specific candidate. I wanted to get people talking, and I wanted to provide a space for them to do that.

Going into it, I thought we’d have more discussions on Twitter, despite it being the more volatile platform of the two, but I was wrong! Upfront I let everyone know that I would be moderating the comments. I wanted to ensure participants that there would be no room for vitriol and nonsense. I did not list rules, because I wanted to leave room for nuance. For the most part, though, I was only going to delete comments that were 1) trolling and 2) attacked other people’s ideas

Here’s what the posts said:

We got a few discussions going, and they were impressive! Feel free to check out the thread.

I tried something a little different on Instagram. After I started to see more traction on this post than on Twitter, I made the NSFC profile private. This way, I could moderate easier and protect from an onslaught of trolls–especially since I pushed to the NSFC post from my personal LinzDeFranco account. 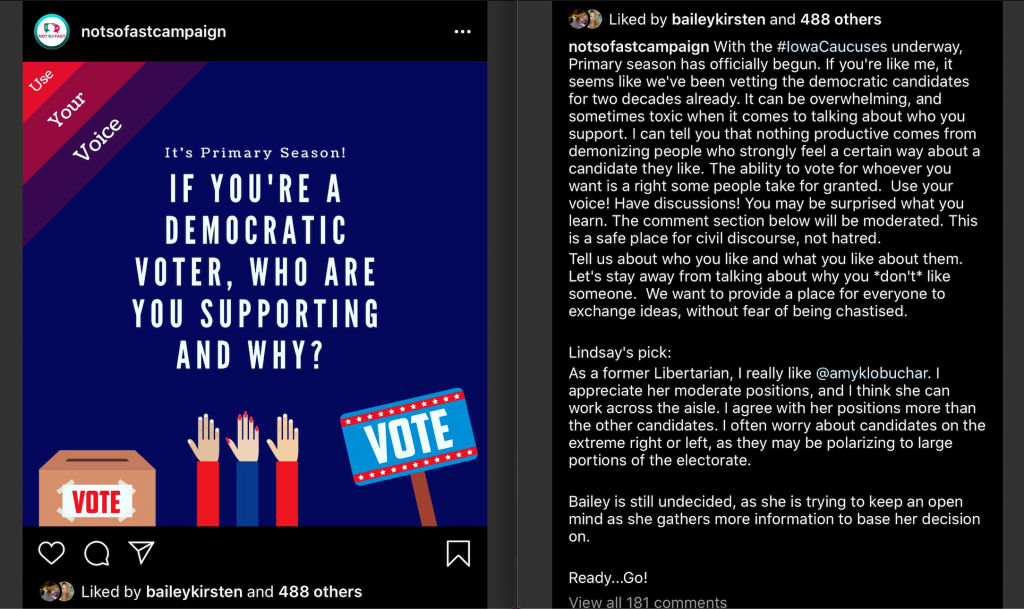 I was BLOWN AWAY by the 100+ comments (and counting!)
There was no vitriol, no passive-aggressive back and forth. All of the comments were people talking about who they like, why, and continuing civil discussions. Even people that didn’t directly participate in the comments sent me messages saying that they enjoyed reading everyone’s opinions. For someone who has been preparing for the worst when it comes to incorporating politics with our mission, I could not have been happier with the outcome.

In terms of moderation, I only had to make TWO deletions. One was when a person who continually harasses me on Twitter tried to join the page. Nope, no thank you. He can continue spitting vitriol at me, but not at my NSFC babes. The second was another troll who has been commenting #TrumpTrain2020, and stuff like that, on a lot of the posts. It would have been a different situation if he had come in and posted WHY he was voting for Trump. Even though the question was explicitly about Democratic Candidates, I will not stop people from voicing their support for anyone–as long as it is civil and productive.

Will it always be private?

I am getting a lot of questions about if/when the Instagram account will be public again. We will have to see. When we did our outreach program back in the summer of 2019, we heard from 600+ students and spoke directly to 70 of them. A common concern among everyone was the absence of a place where they could go to have productive and civil discussions about current events. It just so happens that with this post, we have opened that door a little bit. We still have a lot to learn about how to make this work continuously. For now, it will stay private until we can get a better handle on moderating. It is just a one-person job right now (HI! C’est Moi!), and I want to see where this goes. That being said, we will accept ALL follow requests. (unless you’re like the one person I had to deny because he is a known troublemaker).

You guys have filled me with hope and excitement. Thank you to everyone who participated in the discussion, and even those who just read it. I hope that when you read the responses, you are filled with hope too.

Love you, mean it!
Linz