We’d all like to believe that our online interactions are genuine. After all, that’s what social media is all about. Unfortunately, a lack of face-to-face interactions opens the door for bad actors, like Trolls and Bots (entities with nefarious motives) to skew our view of reality.

In the early days, social media was mostly used to interact with your real-world friends. Heck, I remember being taught to never talk to strangers on the internet.

Now, we increasingly use social media as a way to see what is going on in the world, examine other points of view, and voice our opinions. Interacting with “strangers” is commonplace and beneficial. You can talk to people and gain exposure to ideas you wouldn’t normally consider. Sure, some people are so staunch in their beliefs that the conversations can get toxic, but at the end of the day, everyone is entitled to their own opinion.

Their sole purpose is to cause disruption, to skew your view of reality, cause emotional reactions, get you to question your own beliefs, and urge you to respond. As I’m sure you know, the best thing to do is NOT respond. Don’t give these losers the time of day. 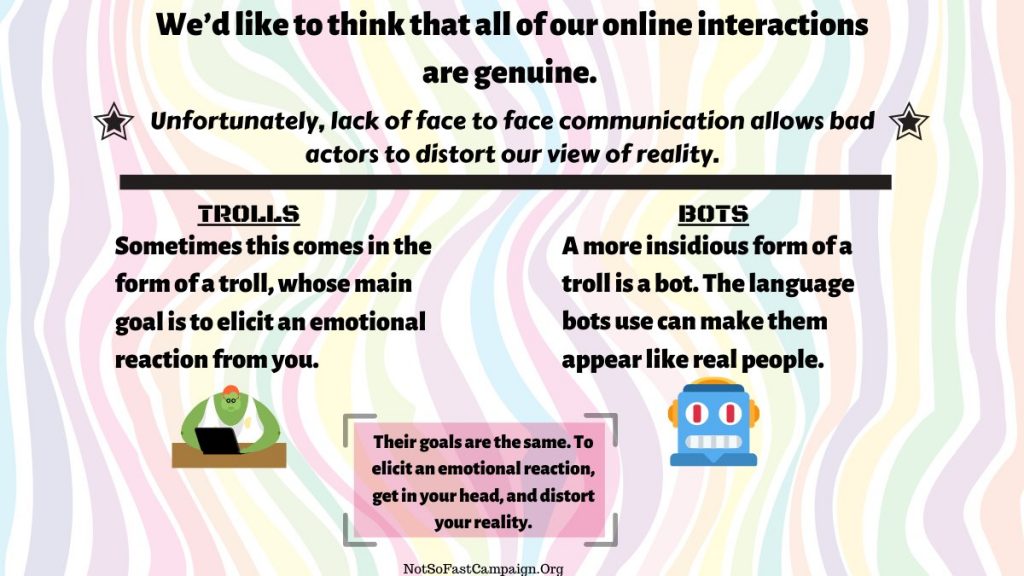 But you can’t protect yourself from Trolls and Bots if you don’t know how to identify them.

How to Identify a Troll:

“the deliberate act, (by a Troll – noun or adjective), of making random unsolicited and/or controversial comments on various internet forums with the intent to provoke an emotional knee jerk reaction from unsuspecting readers to engage in a fight or argument.”

Intention matters: Identifying a Troll can be harder than identifying a Bot because you have to assume what someone’s intentions are. Is the person just trying to get a rise out of you? Or are they genuinely acting in good faith, and are just going about it wrong?

REMEMBER: You don’t have to interact. It is hard to bite your tongue sometimes, especially when someone is attacking you, but remember that these strangers DON’T MATTER.

How to Identify a BOT: 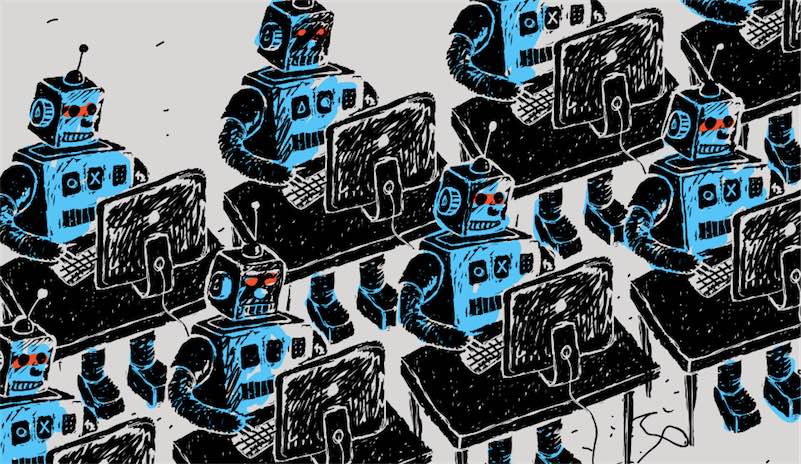 (Most) Social Media sites try their hardest to shut down Bots. In 2018, Twitter shut down 2 million of them. Regardless of what platforms do, bad actors will always find a way.

Botometer: An automated system that scores a Twitter account and helps determine if it’s a bot or not.

Bot Sentinel: A handy dashboard that tracks, in aggregate, what disinformation bots are tweeting.

Over the summer, we attended the NAMLE conference and were lucky enough to hear two talks by Professor Julie Nielsen Smith. She is a self-described “Media Literacy Evangelist”–who is currently teaching Media Literacy in Uzbekistan!

During one of her presentations, she detailed how she has become a target for trolls and bots on Instagram. In this hilarious blogpost, she describes the steps she goes through to try to verify if the DM’s she gets, from people like the “USA ARMY’s” very own Austin Jake, are legitimate. After all, who doesn’t “love to gym”? 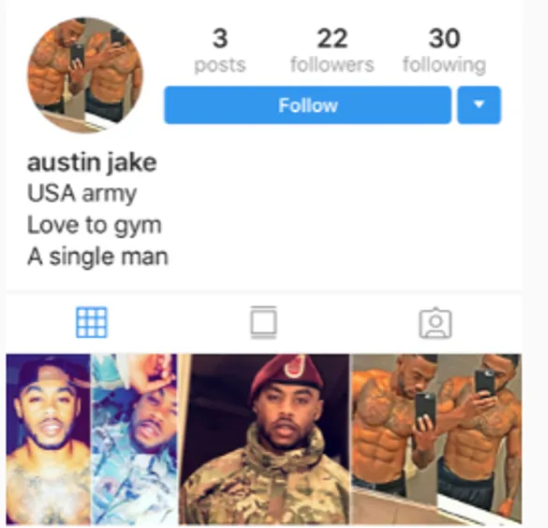 Fun fact: In Julie’s experience, a lot of bots present themselves as being in the Military.

Julie provided Not So Fast with some other resources she recommends:

On Instagram (@notsofastcampaign) and Twitter (@heynotsofast), we asked for your tips on how to identify Trolls and Bots. Here’s what you said: 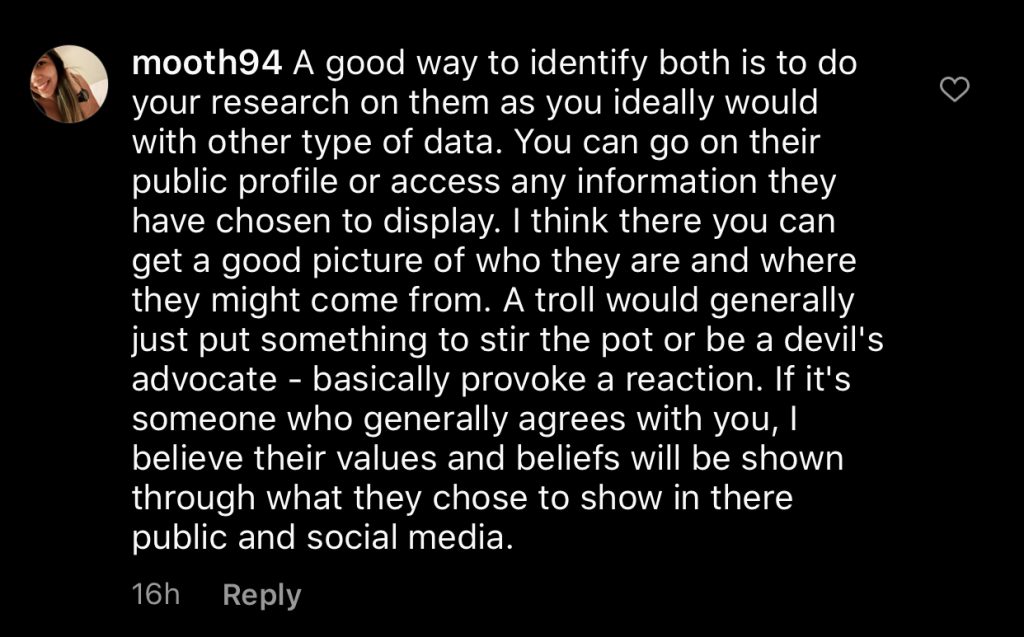 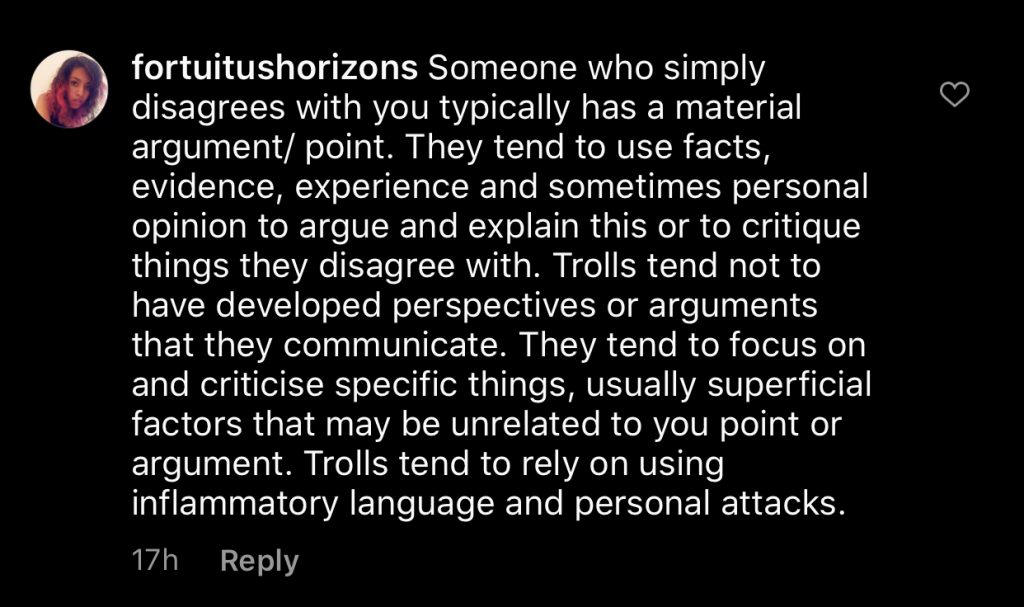 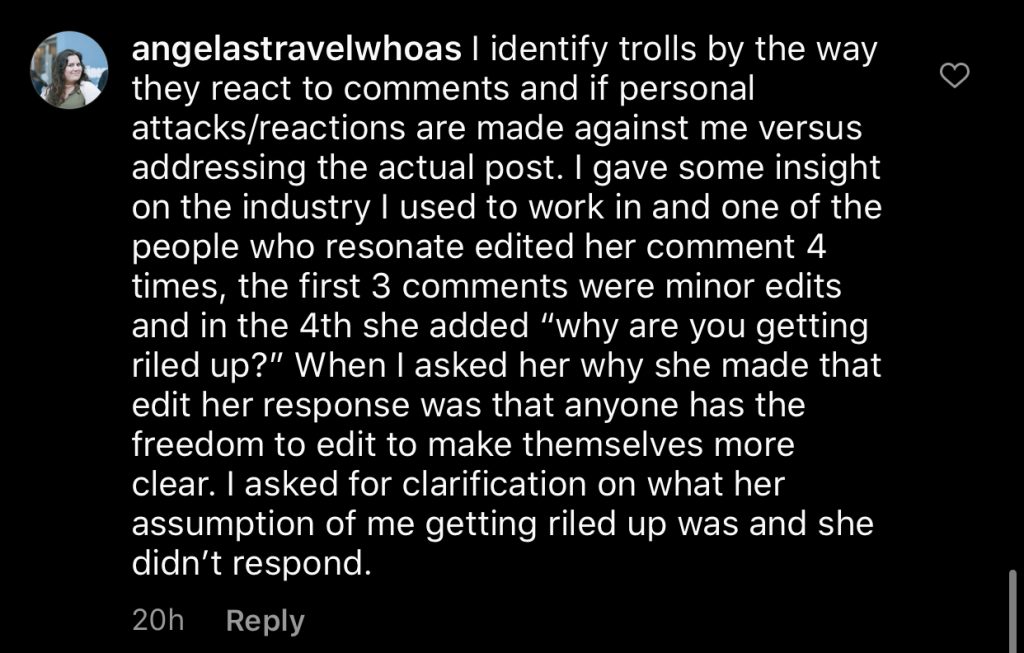 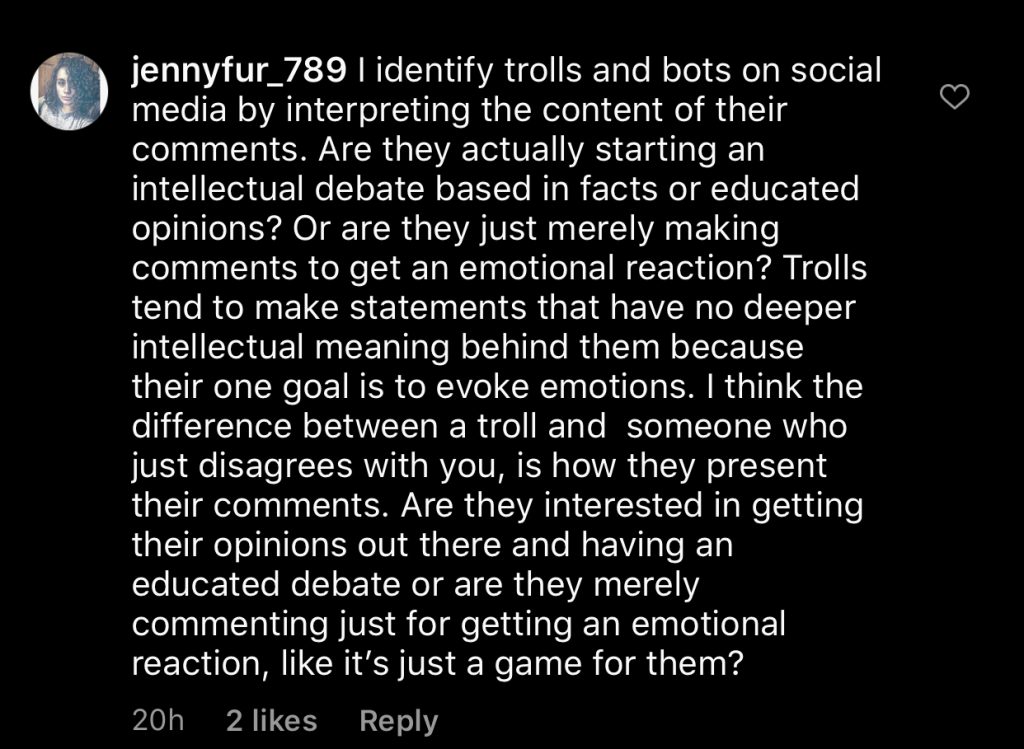 Even though there will always be bad actors, having an increased awareness of how to identify them will make your online experience more pleasant. If you suspect someone (or someTHING) is acting in bad faith, just ignore it. Would you waste your time IRL arguing with someone you know is only trying to provoke you? Would you stand in front of a computer and yell at it? No.

You lose NOTHING by choosing not to interact.