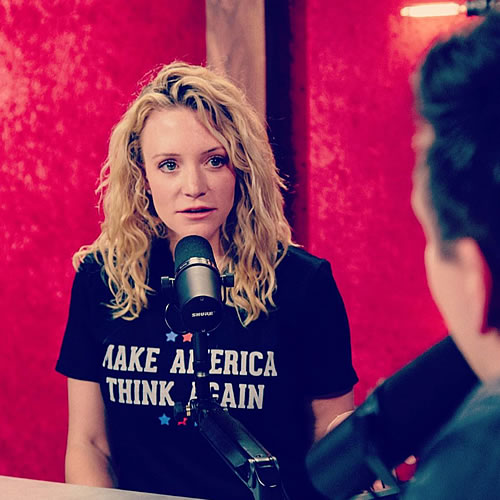 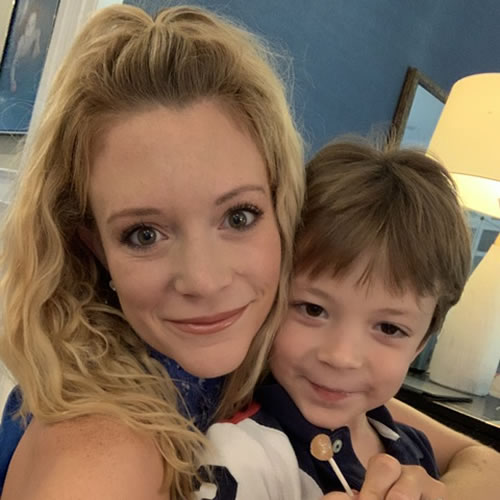 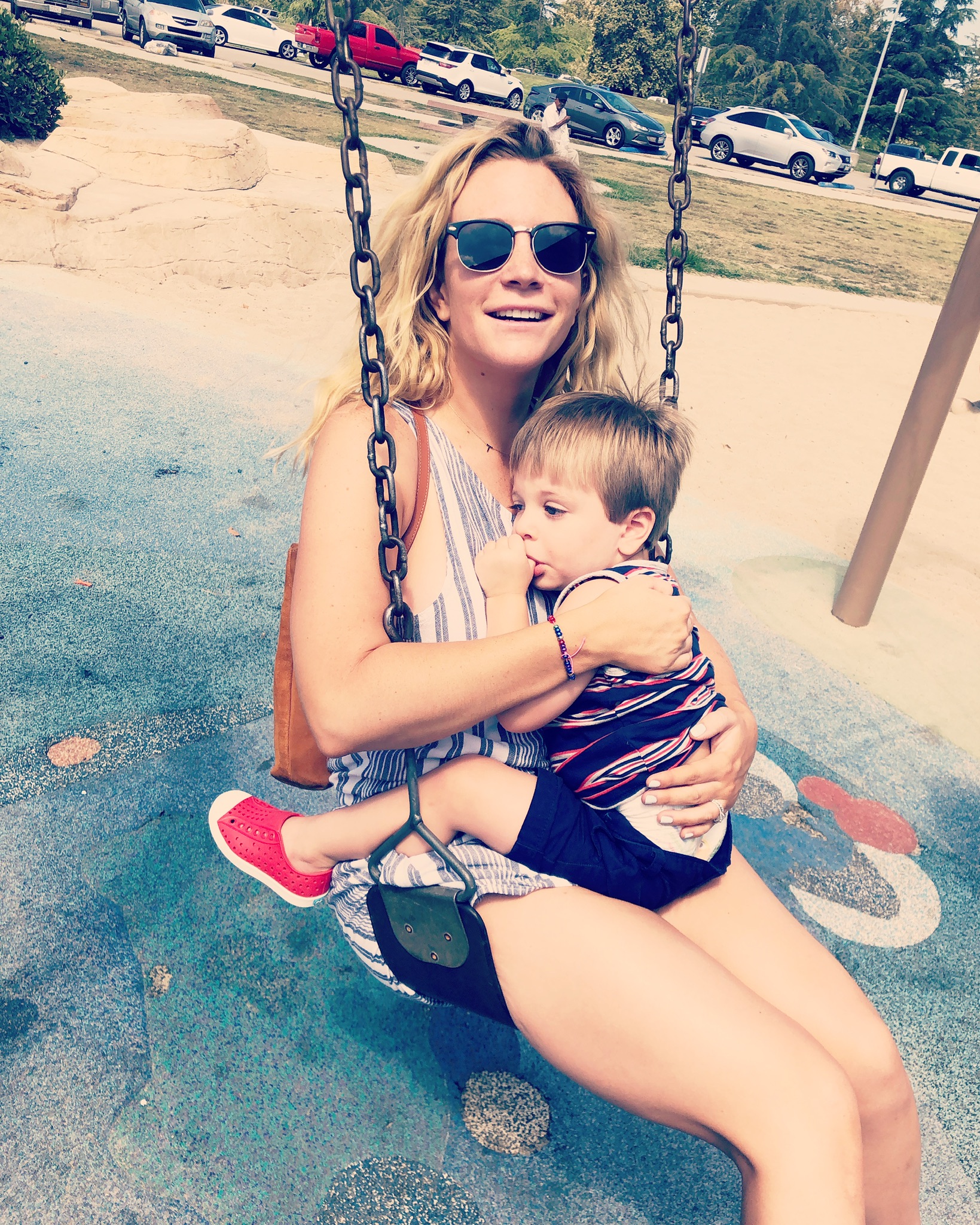 Hi! I’m Lindsay DeFranco. I guess it would be helpful to learn a
little more about me. First, the basics:

-I was born and raised in Atlanta, Georgia

I like to call myself a “recovering Mommy Vlogger,” but I’ve done a lot in the internet space over the past thirteen years.

I was an early adopter of YouTube and started posting videos in 2006. I graduated high school a year early and had a semester off before going to college. During this time, I mainly posted recaps of Braves baseball games (go Braves!)

In 2007 I was part of YouTube’s first user outreach program called the Community Council. YouTube selected a handful of users and flew us out to their headquarters to get our feedback on the site and how they could improve the user experience. It was my first formal introduction to the social media and Youtube world.

From there, I went back to Georgia, where I had a hard time concentrating on getting my degree. I was so invested in the tech space and spent all my time researching and creating content. Eventually, I dropped out of school and moved to California with my then boyfriend (now husband) Philip DeFranco.

Phil is also involved in the internet space and has hosted a prolific news show, The Philip DeFranco Show, for over a decade. After moving out to California, I continued making content on YouTube. I made travel videos for a while, and eventually, I became a “Mommy Vlogger” when I had my first son, Trey.

As newsfeeds and interactive social media timelines became a more significant part of our daily lives, I noticed a massive increase in the polarization of ideas. An overwhelming sense of tension and negativity began to develop around current events. These platforms were no longer a place to merely share what we are doing that day or pictures of fun outings. They became a place to voice intellectual ideas, disagreements, and outrage.

I became frustrated. If we were all operating from the same base of information, how could we possibly be so divided? I believed that my point of view was what was “right,” and how could anyone with a brain disagree?

After doing my research, I had a “lightbulb moment.” We are living in a culture where our world view is dictated by algorithms, filter bubbles, biases, and incessant us vs. them narratives. It is hard to identify these things when you don’t know they exist.

The more research I did, the more outraged I became. Tech companies, governments, media companies, etc. are all participating in controlling this narrative that is detrimental to our shared realities. Thus began my interest in Media Literacy. 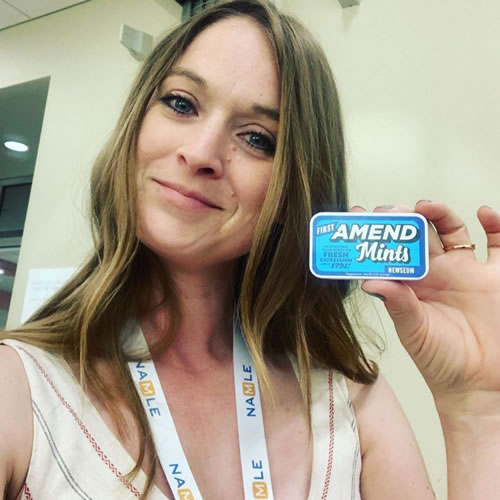 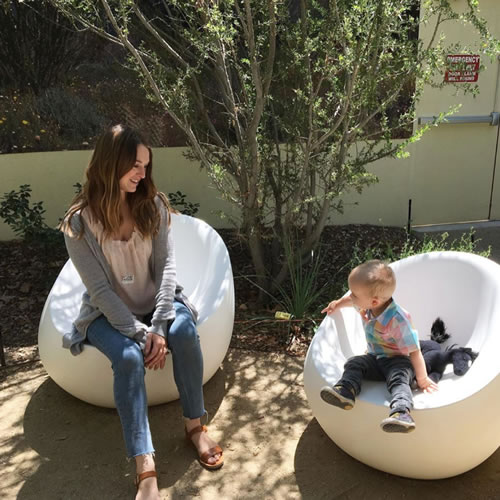 I am originally from a tiny farm town in upstate New York. I expanded my horizons when I attended the State University of New York at Cortland to study speech and hearing science. After graduating, my future husband and I broadened our horizons once more and made the long drive across the country to California. Once settled, I completed my Master’s in Communication Disorders at California State University, Los Angeles. Although I worked as a speech-language pathologist in private practice, home healthcare, and schools, I did so in La-La-Land surrounded by news, entertainment, and every form of media known to man.

Working with students, I had the opportunity to learn from them and get a sense of how they were viewing and thinking about their world. At the same time, I was witnessing news, information, and opinions spinning in every direction with emotions, bias, and hostility.

After having my son and thinking about the kind of world I wanted for him, I became more and more frustrated by the media landscape and how people thought, paid attention, and communicated within it. I needed to find a way to help students and teach them the skills to think for themselves, pay attention, communicate effectively, and not rely on someone else to tell them what to think.

Working with students, I realized they were often missing many necessary underlying skills. I felt these skills needed to be taught sooner rather than later to prepare students for the fast-paced world in which they are living.

Fast forward to a mom’s night out with Lindsay, when she introduced me to media literacy. Soon, we decided to do something about it. I hope to use the skills we have, the things we are learning, as well as the things we don’t know, to help students engage in civil discussion, think critically, and develop stronger media literacy skills.